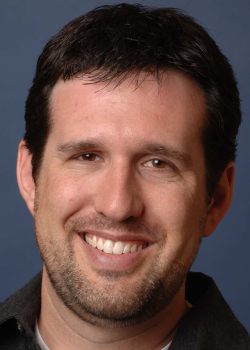 Zack Estrin is an American screenwriter and television producer.

Estrin's career took off in 2000 when he was an executive producer for the film, Stranger Than Fiction. He later goes on to write and produce the films, O, Picking Up & Dropping Off, and Masterwork. Estrin also wrote and produced numerous television series. These include Charmed, Miracles, Tru Calling, Point Pleasant, Prison Break, No Ordinary Family, The River, Zero Hour, and Once Upon a Time in Wonderland.

Once Upon a Time in Wonderland writing credits

The following is a list of episodes of Once Upon a Time in Wonderland that credit Kitsis as their writer. All of the episodes were co-written with Adam Horowitz, unless stated otherwise.

Retrieved from "https://onceuponatimeabc.fandom.com/wiki/Zack_Estrin?oldid=113619"
Community content is available under CC-BY-SA unless otherwise noted.