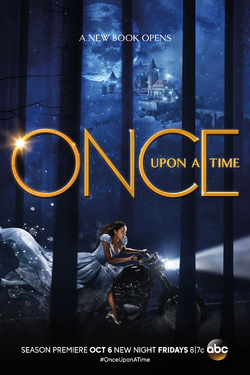 This article contains episode summaries for the upcoming seventh season of Once Upon a Time.

In the U.S., original episodes of season seven began airing on Fridays, on October 6, 2017.

The residents of the enchanted forest face their greatest challenge yet as The Evil Queen (Lana Parrilla), Captain Hook (Colin O'Donoghue) and Rumplestiltskin (Robert Carlyle) join forces with a grown up Henry Mills (Andrew J. West) and his daughter, Lucy (Alison Fernandez), on an epic quest to once again bring hope to their world and ours. Along the way, new fairy tale characters and old search for true love, find adventure and once again take sides in the struggle of good against evil, as classic tales are once more twisted and reimagined.[1] 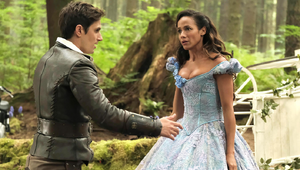 
Plot Synopsis: Henry leaves Storybrooke in search of his own story. Years later in another realm, he encounters a troubled Cinderella, changing the trajectory of his quest forever. When Cinderella’s evil step-mother, Lady Tremaine, poses a threat, Henry discovers that following his heart will require him to make more difficult choices than he ever could have imagined. Years later, a young Lucy finds a disillusioned Henry at his home in Seattle, determined to make him remember his true self in order to defeat the curse afflicting the fairytale characters of “Hyperion Heights.” 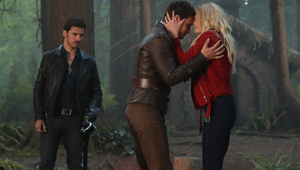 Plot Synopsis: When Henry finds himself in trouble, he calls upon his Storybrooke family for help, and together they set off on a mission to find Cinderella. Along the way, Hook is confronted by an unexpected foe who threatens the group’s success. In Hyperion Heights, Jacinda searches for a way to see Lucy with some unwelcome assistance from Henry, while Victoria Belfrey enlists the help of Rogers and Weaver to push Henry out of the neighborhood.

The Garden of Forking Paths 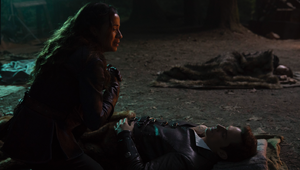 
Plot Synopsis: When Cinderella finds herself staring danger in the eye, she receives help from an unlikely source. Her rescue leads to an alliance that could aid in the defeat of Lady Tremaine’s rule and reveals a dark secret from Cinderella’s past. In Hyperion Heights, Jacinda goes to extreme measures to stop Victoria Belfrey from destroying Lucy’s beloved community garden, while Lucy tries to convince Henry that Victoria is after more than just a plot of land. Meanwhile, Victoria makes a discovery that could alter everyone’s fate. 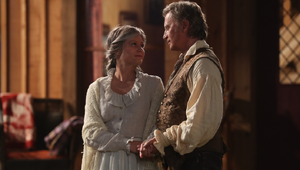 Plot Synopsis: It’s Halloween in Hyperion Heights and Victoria forces Ivy to take Lucy trick-or-treating. Meanwhile, Tilly appears to be waking up from the curse and is intent on leading Weaver to the truth – but not if Victoria can help it. In a flashback, Rumple and Belle seek the answer to a prophecy that could cement their happy ending. 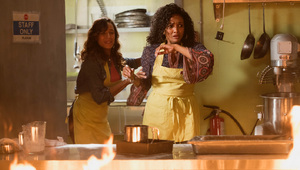 Plot Synopsis: Tiana seeks help from a traveling soothsayer, the iconic Dr. Facilier, in an attempt to save her kingdom. But when it’s revealed that he has an ulterior motive she’s forced to take matters into her own hands. In Hyperion Heights, Sabine and Jacinda take on a risky business venture, but the strength of their friendship is tested when Victoria interferes with their plans. Meanwhile, Ivy recruits Henry to investigate Victoria, and Roni makes a discovery that could change her relationship with Henry forever. Rogers uncovers a crucial clue in his search for Eloise Gardener.

Gallery of videos used to promote the season.

Once Upon A Time Season 7 Comic-Con Trailer

Gallery of photographic posters released to promote the season.

Retrieved from "https://onceuponatimeabc.fandom.com/wiki/Season_7?oldid=113534"
Community content is available under CC-BY-SA unless otherwise noted.