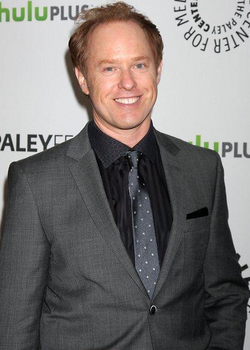 Sbarge was born into a theater-oriented family in New York City. His mother, Jeanne Button, was a costume designer, and his father, Stephen A. Sbarge, was an artist, writer and stage director who named his son after the Renaissance artist. Sbarge began his career at the age of five on Sesame Street.

Sbarge made his stage debut in Joseph Papp's 1981 Shakespeare in the Park production of Henry IV, Part 1. The following year he made his Broadway debut opposite Faye Dunaway in the short-lived play, The Curse of an Aching Heart. Other New York stage credits include Hamlet (1982), Ah, Wilderness! (1988), Ghosts (1988), The Twilight of the Golds (1993), The Shadow Box, and Voices in the Dark (1999).

Sbarge has appeared in numerous television series and television movies, including: A Streetcar Named Desire with Ann-Margret in 1984; Billionaire Boys Club; Cracked Up with Edward Asner; Prison for Children in 1987; Back to Hannibal: The Return of Tom Sawyer and Huckleberry Finn in 1990; Murder 101 with Pierce Brosnan and Final Verdict with Treat Williams in 1991; Breast Men with Chris Cooper and Quicksilver Highway with Christopher Lloyd in 1997; and Introducing Dorothy Dandridge with Halle Berry in 1999. He had a recurring role in five episodes of Star Trek: Voyager in 1996, and was in the first four episodes of the sixth season of 24. In 2001-2004, Sbarge was a regular cast member of The Guardian, starring Simon Baker, and he also acted in a chapter of Six Feet Under . In 2007, he appeared in a two-part episode of Journeyman.

He has also voice acted for video games such as Star Wars: Knights of the Old Republic and Star Wars: Knights of the Old Republic II - The Sith Lords, as Carth Onasi; as RC-1262 "Scorch" in Star Wars: Republic Commando; and as Kaidan Alenko in Mass Effect and its sequels Mass Effect 2 and Mass Effect 3. Additionally, Sbarge also voiced the character Professor Zei in a guest-star appearance on the 30th episode of Nickelodeon's Avatar: The Last Airbender. He recently originated a recurring role as Howard Aucker on the soap opera, The Young and the Restless. He starred as the main character, Brian McGuire, on the CBS short-lived series, Better Days, which lasted for 5 weeks before being canceled.

In 2011, Sbarge appeared as a main cast member in the ABC fairytale drama television series, Once Upon a Time, playing the role of Archie Hopper, a therapist, and his fairytale counterpart Jiminy Cricket. Despite his regular billing, Sbarge was seldom featured during the first season, and was subsequently demoted to a recurring cast member for the second season onward.

Retrieved from "https://onceuponatimeabc.fandom.com/wiki/Raphael_Sbarge?oldid=113553"
Community content is available under CC-BY-SA unless otherwise noted.