Once Upon a Time Wiki
Register
Don't have an account?
Sign In
Advertisement
in: Episodic Cast, Season 6 Cast 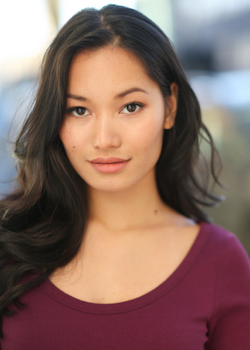 Jacky Lai is an episodic actor on Once Upon a Time, portraying the role of the Young Nun in "Changelings".

Lai was born in Toronto, Canada. Lai has had a successful career as a model, starring in numerous advertising campaigns for Canadian and U.S. companies such as Axe Deodorant, Chevrolet, Dentyne Ice, Subway Restaurant, and Acura, amongst others.

In 2012, Lai appeared in the film Silent Hill: Revelation 3D as Student Girl. She has also appeared in short films such as Survivor Man and Asian Action. Lai has a role in the upcoming Lifetime TV movie, Straight A's, alongside Haley Pullos and Judd Nelson.

Lai's television credits include Really Me, The Flash, Ransom, and Beyond.

In 2016, Lai was cast as the Young Nun on the sixth season of ABC's Once Upon a Time.

Community content is available under CC-BY-SA unless otherwise noted.
Advertisement