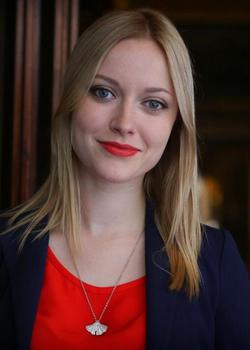 Georgina Haig is one of the supporting actors of Once Upon a Time, portraying the role of Elsa.

Haig graduated from the Western Australian Academy of Performing Arts in 2008. Since then, she has appeared in numerous Australian films and television series, including lead roles in Road Kill, Wasted on the Young, and Underbelly: A Tale of Two Cities. She appeared in the second series of The Elephant Princess in 2011.

1 of 62
Add photo
Retrieved from "https://onceuponatimeabc.fandom.com/wiki/Georgina_Haig?oldid=86605"
Community content is available under CC-BY-SA unless otherwise noted.