Start a Wiki
See List of costumes for a list of the costumes Eduardo has designed.
Eduardo Castro 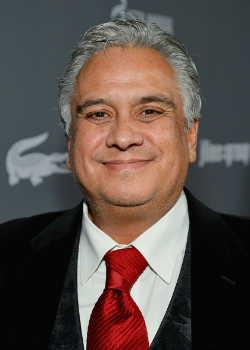 Eduardo Castro is the costume designer for Once Upon a Time, designing and fabricating most of the outfits featured on the show.

Not much is known about Castro's personal life, but he is known for his work on Once Upon a Time (2011), Ugly Betty (2006) and Bird on a Wire (1990). Thanks to his work on the former, the show has received an Emmy Award for Best Costume Design in a Series.

Retrieved from "https://onceuponatimeabc.fandom.com/wiki/Eduardo_Castro?oldid=111659"
Community content is available under CC-BY-SA unless otherwise noted.