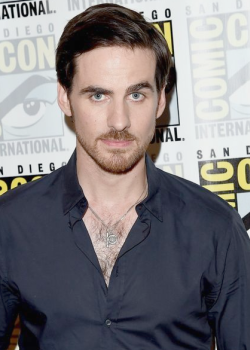 O'Donoghue was born and raised in Drogheda, County Louth, in a Roman Catholic family. He initially attended Dundalk Grammar School, and then The Gaiety School of Acting in Dublin. At age 16, O'Donoghue went to Paris, France, for a month to learn the French language.

O'Donoghue appeared as Duke Philip of Bavaria in season 3 of 'The Tudors, an historical-fiction television series first aired on Showtime. He made his Hollywood film debut alongside Sir Anthony Hopkins in the 2011 horror thriller film The Rite. O'Donoghue had made an audition video for The Rite in a friend's home studio in Drogheda and sent it to the United States. O'Donoghue also plays guitar and sings in a band called The Enemies, formed in 2003, in Ireland. Starting with 2012, he originated a role on the ABC hit series Once Upon a Time, as Killian Jones - also known as "Captain Hook". He went on to receive a main role within the series.

Gallery of photographic stills released to promote the actor.

1 of 162
Add photo
Retrieved from "https://onceuponatimeabc.fandom.com/wiki/Colin_O%27Donoghue?oldid=113568"
Community content is available under CC-BY-SA unless otherwise noted.